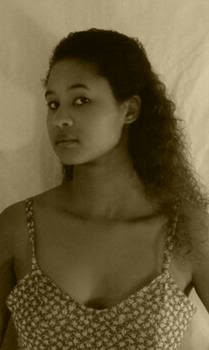 Giovanna Adams is an award winning full-time artist living in the beautiful hills of New England, with her husband and two little pixies. In 1989 she attended The Colorado Institute of Art. It was there that she was exposed to the early works of Charles de Lint and the paintings of Brian Froud in his and Alan Lee’s book “Faeries,” both of which she considers a great influence in her art today. Over the years Giovanna has developed a passion for fantasy art and the world of the fey and tries to convey with her art a sense of wonder and mystery. Giovanna’s artwork is collected internationally and her images have been licensed for a variety of products sold worldwide.

In 2006, Giovanna began to research faerie folklore in other countries across the globe and found the belief of the fey in all cultures of the world. She launched her ongoing “Faeries of Color” series, which depicts a culturally diverse world of the fey in 2007. And coming in 2010, Giovanna hopes to share with all faerie lovers her published exploration and artwork of the worlds fey, ending the belief that the fey realm exists only in the Anglo-Saxon world.

When not working on personal fey works, Giovanna also delights in illustrating children’s fantasy books. Look for “Unique Bits” and Emily and the Faeries a children’s book both written and illustrated by Giovanna, soon to be released in 2010.